How Skype English Lessons for Exam-Preparation Work?
What is IELTS, TOEFL and TOEIC? 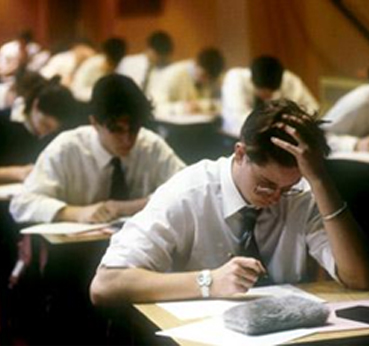 In this TOEFL lesson,the teacher explains
how her student needs to organize his speech
during the test. She is also giving advices on student's speaking style.

IELTS or International English Language Testing System, is an international standardized test of English language proficiency. It is jointly managed by University of Cambridge ESOL Examinations, the British Council and IDP Education Pty Ltd, and was established in 1989. IELTS is accepted by most Australian, British, Canadian, Irish, New Zealand and South African academic institutions, over 3,000 academic institutions in the United States, and various professional organizations. It is also a requirement for immigration to Australia, New Zealand and Canada. In 2009, 1.4 million candidates took the IELTS test in over 130 countries, in 2011 — 1.7 million candidates.

The Test Of English as a Foreign Language or TOEFL is a test of an individual's ability to use and understand English in an academic setting designed and administered by Educational Testing Service. It was developed to address the problem on ensuring English language proficiency for non-native speakers wishing to study at American universities. It has become an admission requirement for non-native English speakers at many English-speaking colleges and universities. Additionally, institutions such as government agencies, licensing bodies, businesses, or scholarship programs may require this test. A TOEFL score is valid for two years and then will no longer be officially reported.

The Test of English for International Communication (TOEIC) is "an English language test designed specifically to measure the everyday English skills of people working in an international environment."
Its Speaking test assesses pronunciation, vocabulary, grammar, and fluency, while its Writing test examines vocabulary, grammar, and overall coherence and organization.
The tests are designed to reflect actual English usage in the workplace, though they do not require any knowledge of specialized business terms.